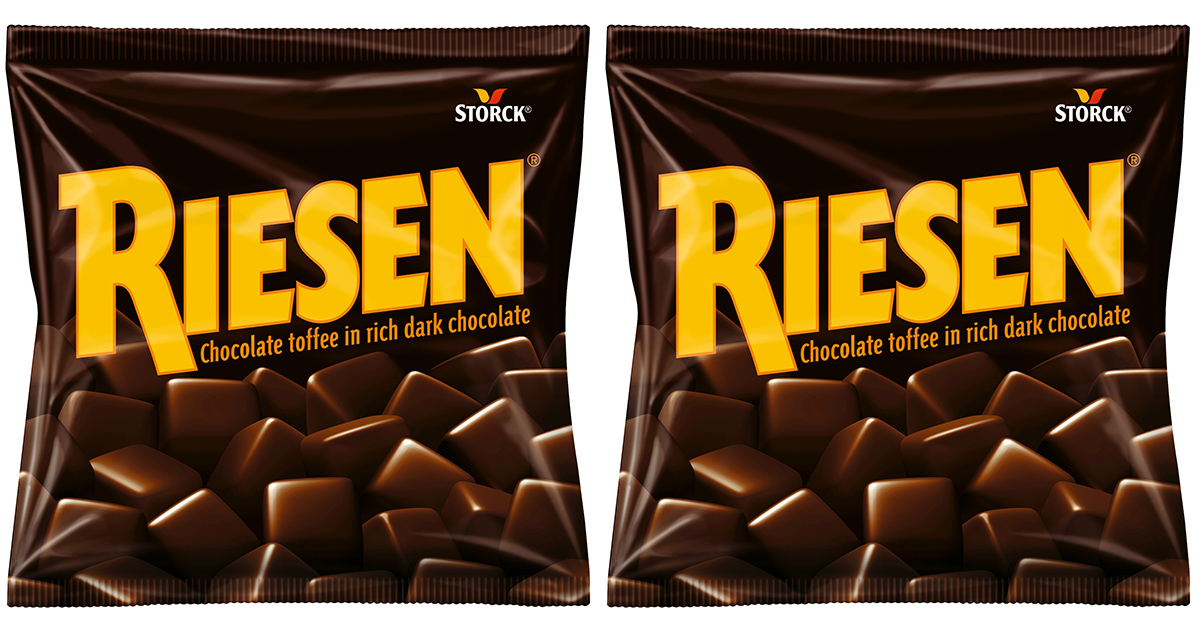 RIESEN was the first wrapped and branded candy in Germany. It was launched back in 1903 by Storck.
Now RIESEN is the premium chocolate toffee for adults (especially men) but also for those who prefers a less sweet chocolate toffee.
The original RIESEN Dark is dark chewy caramel covered in rich dark chocolate. The texture and the flavor are very adult. Target group is men 30+.
Riesen MILK was launched in 2015 and it is dark chewy caramel covered in creamy milk chocolate. It is a bit sweeter compared to RIESEN Dark and it is also a bit more feminine. Target group is men and women 30+.

Riesen chocolate can be bought in bags and in stick packs.

We are always looking to strengthen our workforce. Are you our next Brand Manager, Key Account Manager, Salesperson, Controller? Connect and stay updated about vacancies.

We provide customized and effective route to market solutions. Let’s do business together.

We send out relevant material about our company’s whereabouts and employees,
our latest insights into markets and trends  and our thoughts on how to be a market leader in an ever-changing world.